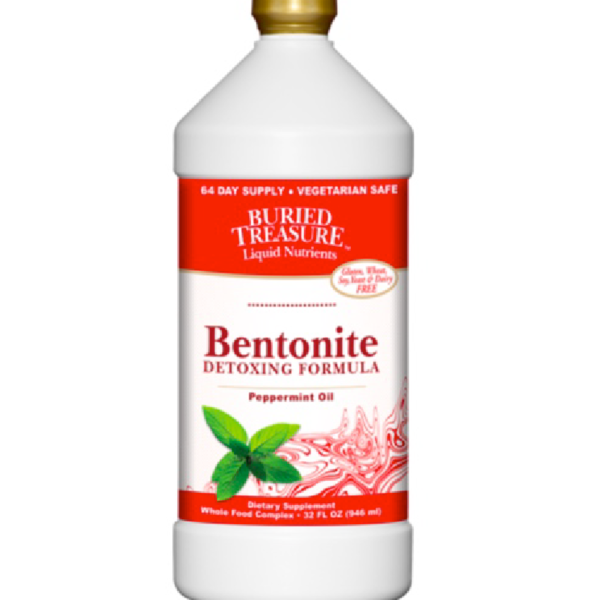 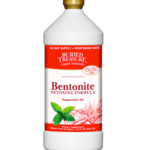 -Buried Treasure Bentonite Clay is safe to use internally to help balance gut bacteria as well as assist in removing toxins.
-Used as a topical facial mask, internally as a de

Formulated to gently assist and enhance your body’s elimination of toxins. While the body normally rids itself of non-nutrients, its’ internal detoxification process can become compromised by dietary and environmental toxins. Natural clay Bentonite has been used for years in traditional medicine as a natural cathartic. Bentonite or sometimes called Montmorillonite, is a clay formed from volcanic ash and water. It is also a phyllosilicate which has high absorbing powers. It has been used in many countries to promote colon cleansing. Some people believe it has been used throughout history in early Mesopotamia and by Native Americans. One study analyzed the effect of clay in the diet of Peruvian Parrots who seem to eat it simply as an absorptive agent to lessen the effect of toxins from certain fruits and seeds they ingest. *This statement has not been evaluated by the FDA. This product in not intended to diagnose, treat, cure or prevent any disease.

*These statements have not been evaluated by the Food and Drug Administration. These products are not intended to diagnose, treat, cure, or prevent any disease.