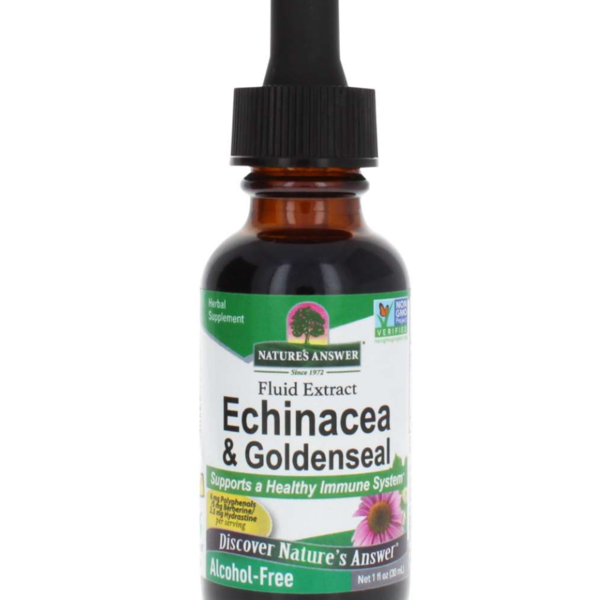 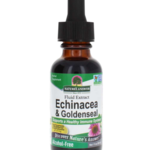 Echinacea (Echinacea purpurea / angustifolia) also known as purple coneflower, is a perennial herb that is native to the central to southeastern areas of the United States. While it only grows wild in the US, it is also widely cultivated in Europe. Echinacea grows up to twenty inches in height, producing large, beautiful, daisy-like purple flowers, although some varieties sport white flowers. The “cone” of the flower is prominent and distinctive. If you press on the cone, you will notice that it has sharp points, similar to the Echinoderm family of animals, such as the sea urchin, thus the “Echi” name.

Native Americans and early settlers recognized the health supportive  benefits of this plant *. Today, it is considered an excellent choice to support  immune health *all year long.

The Benefits of Goldenseal

Goldenseal is a small perennial herb that grows on rich soil on a  shady forest floor. It has a thick, yellow root and low growing erect stem. It generally grows wild in moist mountainous areas of North America. Because it has been overharvested, Goldenseal is now rarely seen in the wild and has to be carefully cultivated. It is a challenging plant to grow, and also takes several years to mature. For it to grow successfully it has to be cultivated in an area with conditions similar to its native environment.

Goldenseal has also long been used by Native Americans to support health.* During much of the first half of the 20th century, Goldenseal was listed in the US National Formulary . It became so popular, there was fear that the plant would become extinct in the wild due to so much demand.